Following on from the roaring success of our first Nico Night, we're hosting another one on 21st October 2022. A traditional Cologne drinking experience (the home of Kölsch) at Orbit Beers Taproom.

Round up your mates, book a table, and join us for a night of Nico Kölsch stanges, German food snacks, and Nico served from a wooden barrel for a proper Cologne-inspired night out.


If you've ever been to Cologne, you'll have noticed that their drinking culture is wildly different to ours, instead of going up to the bar to order, the waiters (called Köbes) will bring over trays laden with tall thin glasses (called stanges), containing 200ml of freshly poured Kölsch.


When the beers have been served, the Köbe will mark your beer mat (pictured below) to keep track of how many you've had. When your beer is nearly empty the köbe will bring another stange, and another, until you place a beer mat on top of your glass, signalling you've had your fill. 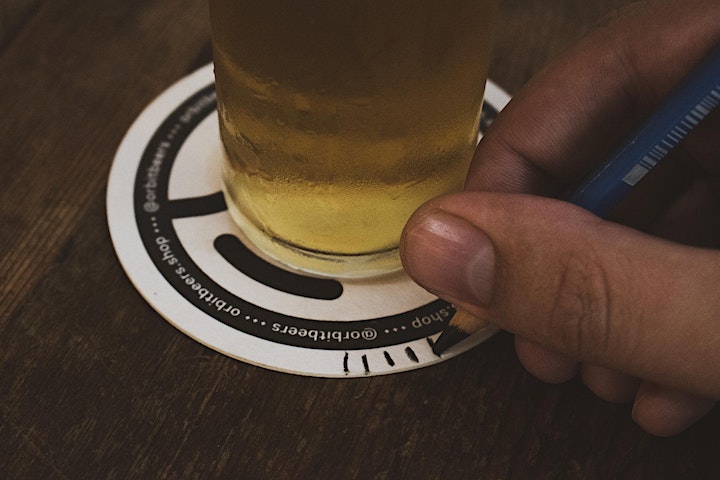 We're going to replicate the Cologne/kölsch experience at Orbit Beers Taproom, pouring our freshest batch of Nico on the night, and at around 8pm we'll be tapping a special Nico Night batch, which we'll dispense straight from a barrel on the bar. So, get a bunch of friends together and come on down to our taproom for something a bit different!

What does your ticket include?

Your ticket includes your first 200ml of Nico, our Kolsch-style lager, and German-inspired snacks for the table.

Any more Nicos you order will be marked on your beer mat (as pictured above) and charged at the end of the evening. Any additional drinks and food can be ordered from the bar and will be charged separately.

What is Kölsch and why should you be drinking it?

Unlike other lager styles, Kölsch is often considered a hybrid between a lager and an ale. This is because it is cold-conditioned, as a lager would be, but it is actually fermented using ale yeast. There are over 20 breweries in Cologne (Köln) producing Kölsch, and to protect their brewing heritage, there is a law in place that states your beer cannot be called a ‘Kölsch’ unless it’s brewed within the Cologne metropolitan area.

That’s why Orbit’s flagship beer Nico is called a Köln Lager rather than a Kölsch (despite being brewed with a Kölsch yeast). Our award-winning Köln Lager Nico is lightly carbonated and pours pale golden. Fragrant, herbal hop aroma with lemon citrus and green apple notes. Light on the palate, a touch of bready maltiness, with a more assertive hop character. The crisp bitterness makes it eminently drinkable. Look for the pear drop notes from the distinctive Kölsch yeast as well.

Named after Christa Päffgen under her singing alias Nico who hailed from Cologne, the city of Kölsch, an obergäriges (top-fermented) lagerbier.